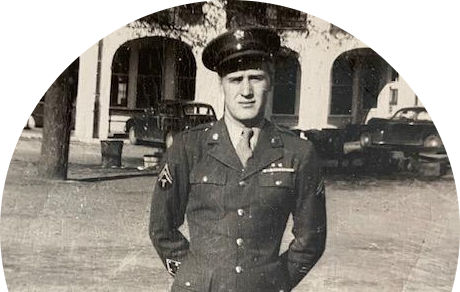 He was born in Polo, Illinois on April 6, 1920, to Armond John Ocker Sr. and Vera Bell Getzendaner.  Armond was united in marriage to Joyce Fredericks, and to this union, one daughter was born.

Armond spent his working years as a lineman for Commonwealth Edison in DeKalb Illinois.  He proudly served his country in the U.S. Army during WWII and was awarded a Bronze Star for his service in Guadalcanal as a soldier in the 97th Artillery (Mule Pack). Some of Armond’s loves were fishing, traveling, and was he was also a great woodworker.  Armond and Elizabeth faithfully served as members of the U.S. Coast Guard Auxiliary and with the Horseshoe Bend Boating and Fishing Club.  Armond was a long-time member of Faith Presbyterian Church of Horseshoe Bend, AR.  No one enjoyed decorating their yards for Christmas more than Armond, and he won many awards as the best decorated yard in Illinois and Horseshoe Bend.

To order memorial trees or send flowers to the family in memory of Armond John Ocker, Jr., please visit our flower store.