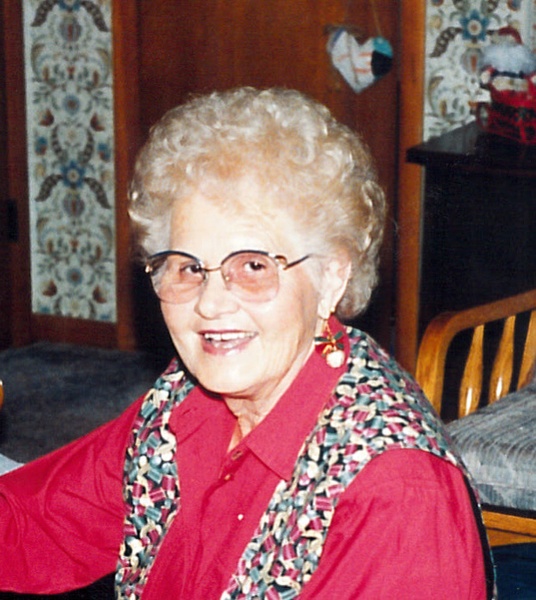 She was born on January 15, 1926 in Agnos, Arkansas, daughter of Martha Hyslip Manry and Tom A. Manry. Aubrey was united in marriage to Audie Clifford Mooney on July 3, 1941 and to this union two children were born. She was later wed to Virgil R. Jones on January 12, 1984. Aubrey was a loving wife, wonderful mother, caring sister, aunt and friend to many. She was a Christian and member of Mt. Lebanon Baptist Church at Peace Valley. During her working years, she worked on a farm and in the fruit industry in Washington State. Aubrey was a great pie maker, especially coconut cream and chocolate. She was a self-taught seamstress and had her own alteration business and sewed for the public. Aubrey loved to quilt and crochet; many homes of family and friends are adorned with her quilts and crochet doilies. She loved to grow flowers and work in her vegetable garden and was known as the “tomato lady” to many. Aubrey grew and sold veggies at her vegetable stand on Peace Valley Road for many years. She was strong willed and survived many hardships during her life. Aubrey was loved by many and will be missed by her family and friends.

Aubrey is survived by her daughter, Linda Tanner and husband James; nieces, Hazel Fulfer, Carolyn Graddy and Sue Neely; special friend who was like a daughter, Susan Chapman and many other relatives and friends.

Funeral services will be Sunday, September 22, 2019 beginning at 2:00 PM at Doty Family Funeral Service Chapel in Salem, Arkansas with Bro. David Johnson and Ron Helm. Visitation will be prior to service beginning at 1:00 PM. Burial will follow in Agnos Cemetery.

To order memorial trees or send flowers to the family in memory of Aubrey Mooney Jones, please visit our flower store.