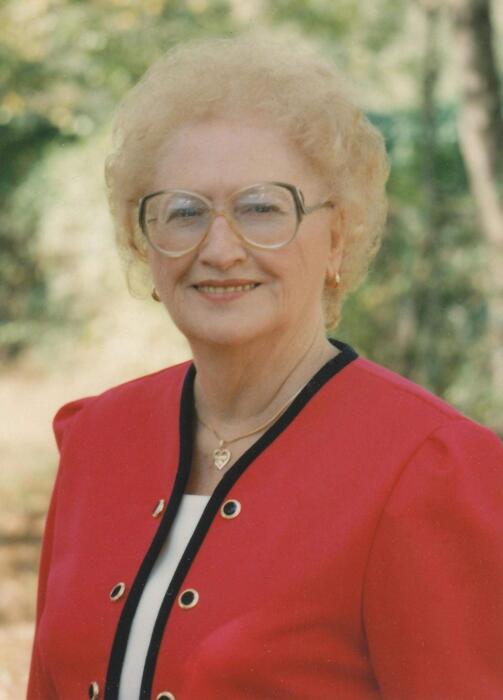 Betty was born in Keokuk, Iowa on August 30, 1924, daughter of the late Joseph Harvey Jobe and Anna Carolina McDonald. She was united in marriage to Bernard D. Eymann on August 8, 1944, in Coeur d’Alene, Idaho. From this union, three children were born. She and Bernard celebrated their 75th wedding anniversary in 2019. Betty spent her life as a loving wife, mother, daughter, sister, grandmother, great-grandmother, great-great grandmother, aunt, cousin, and friend. Her kind smile always lit up every room she entered.

Betty worked as a bookkeeper, executive secretary, and office manager until she was 75 years old. She spent her retirement years enjoying life with her husband on a cattle farm near Evening Shade, Arkansas. She and Bernard spent many years as Gospel singers, sharing their love of gospel music at a number of churches and events throughout the Ozarks. Betty was a gifted singer—a true blessing to anyone who ever heard her sweet, melodic voice.

Private funeral services to be scheduled at a later time.

To order memorial trees or send flowers to the family in memory of Betty Margaret Eymann, please visit our flower store.
Send a Sympathy Card