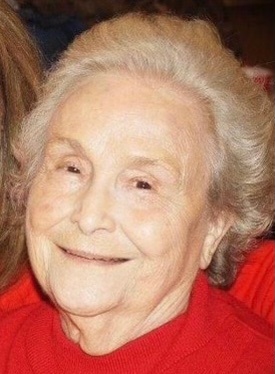 Betty Jane Perkins, 85, of Osceola, departed this life on November 20, 2020.  She was born on September 8, 1935 in Osceola to Jasper Belton and Sarah Elizabeth Cunningham Wooten.

During her working years she was a legal secretary and a member of the First Baptist Church in Osceola.

Betty was an excellent seamstress.  She learned to sew at an early age and made clothes for herself, her kids, and grandkids.  Stefanie entered several pageants and Betty would make her dresses and formals.  During a Miss Jonesboro pageant a designer was interested in who made the dress and wanted to copy her design. Wayne was an Eagle Scout and as he earned his badges she took great pride in sewing them on his uniform. She found time to bake birthday and wedding cakes for her family.

She also enjoyed working in her yard and loved to sing.

Betty took much pride in her family and loved taking them to church with her.   On a side note, one of her many talents was being a good private eye in that she could catch the kids doing anything.

Betty was preceded in death by her husband and her parents.

A Graveside Service will be Saturday, November 21, 2020 at 2:00 p.m. in the Mississippi County Memorial Gardens Cemetery in Osceola with Bro. Tom Doty officiating.

To order memorial trees or send flowers to the family in memory of Betty Jane Perkins, please visit our flower store.