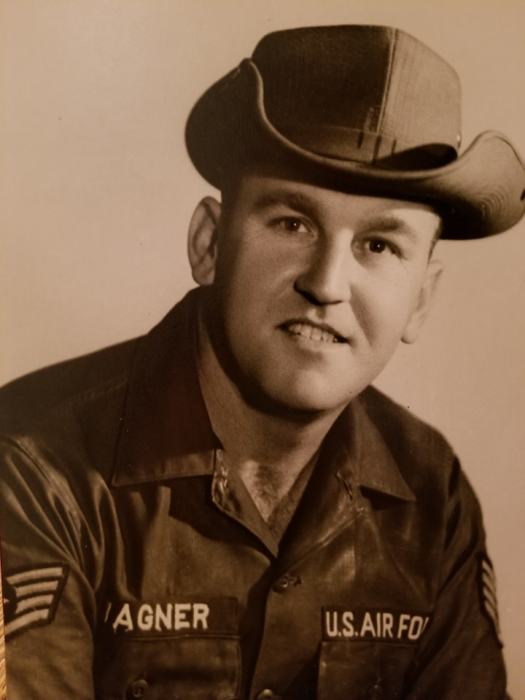 He was born in Keytesville, Missouri on March 30, 1934, son of the late Ruth (Akres) and Claude Wagner. Charles spent his life as a loving son, brother, husband, father, grandfather and friend. He served our country in the United States Air Force for 21 years before retiring. After retiring from the Air Force, Charles worked as a water/waste operator for the City  of  Salisbury, Missouri. Charles also worked in the oilfields and as a horse trainer. He was a member of Bethany Baptist Church in Bethany, Louisiana. Some of his hobbies were training horses, aviation, riding motorcycles and farming. Charles was united in marriage to Beverly Frances Adams on August 24, 1954 and to this union three children were born.

He was preceded in death by his parents, Ruth and Claude Wagner and brothers, Harley Wagner and Arthur Wagner.

Graveside service will be held Thursday, November 2, 2017 beginning at 11:00 AM at Keytesville Cemetery in Keytesville, Missouri.

To order memorial trees or send flowers to the family in memory of Charles Raymond Wagner, please visit our flower store.
Send a Sympathy Card