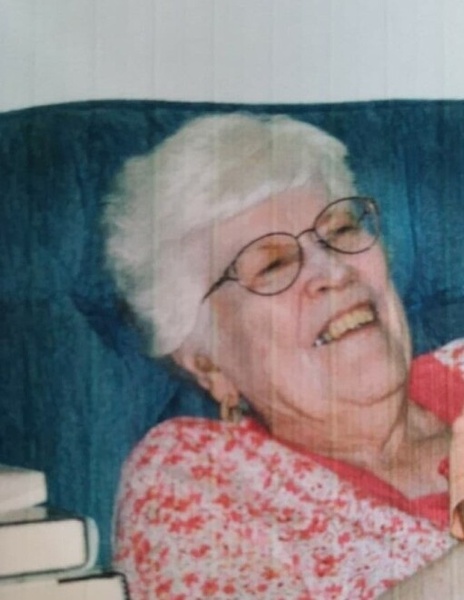 She was born in Muscatine, Iowa on July 29, 1920, daughter of the late Neely Edgar and Grace Charlotte (Schwertfeger) Crees. Charlotte spent her life as a loving daughter, sister, aunt, teacher and friend. Doggies and cats were her babies and swimming was a passion.  Charlotte graduated from Norway High School in Iowa in 1938.  Two years later she began teaching elementary education.   In 1960 Charlotte received a bachelor’s degree in education from Coe College in Cedar Rapids, Iowa. After teaching thirty-five years in Iowa and two years in Lincoln, Nebraska she retired in 1977.  She and Dorothy bought a home in Horseshoe Bend, Arkansas.

Charlotte was a lifetime member of both the Eastern Star and the National Education Association, and the Horseshoe Bend United Methodist Church.  Charlotte participated in many choirs, a bell choir, the women’s circle, both in Iowa and Arkansas.  While in Horseshoe Bend, Charlotte spent many years being “the Avon lady”.  For many years, she was active with TeleCare, both as a caller and then as a recipient of daily calls.

Charlotte is survived by her nephew, Jerry Crees of Bastrop, Texas and niece, Judy Crees of Florence, Colorado, and two godsons in Iowa and many close and wonderful family members and friends.

She was preceded in death by her parents. Ed and Grace Crees, her brother, Ronald Crees and niece, Marilyn Crees Davis.

No services are planned at this time, but you may share stories on of Charlotte on our website, www.dotyfamilyfuneral.com.

To order memorial trees or send flowers to the family in memory of Charlotte Jane Crees, please visit our flower store.