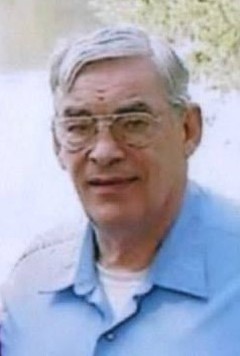 Darwin Allen Anderson, 74, of Salem, Arkansas, passed away, Tuesday, June 14th, 2016 at Fulton County Hospital in Salem, Arkansas. He was born in Wisconsin Rapids, Wisconsin on May 29, 1942, a son of the late Doris Katherine (Luth) and David Ross Anderson. Darwin was united in marriage to Elena A Chodakoswki on August 14, 1971 in Broadview, Illinois and from this union came seven daughters. He spent his life as a son, brother, husband, father, grandfather and friend. Darwin served our country in the United States Navy and was a printer and pastor at various churches. He was a member of Salem First Baptist Church in Salem, Arkansas. Darwin is survived by his wife Elena of the home; seven daughters, Rachel Kasch and husband Bryan of Springfield, Missouri, Sarah Harber and husband Steven of Viola, Arkansas, Deborah Graber and husband Craig of Brookings, Oregon, Hannah Burnside and husband John of Brookston, Indiana, Naomi Anderson of the home, Esther Sanders and husband Kevin of Stephenville, Texas and Elizabeth Anderson of the home; sister, Nadine Shell of Connecticut; three brothers, Morgan Anderson of Wisconsin, Paul Anderson of Illinois and Roger Anderson of Alaska and four grandchildren, Christina Kasch, William Burnside, David Burnside and Grace Burnside. He was preceded in death by his parents, David and Doris Anderson.

To order memorial trees or send flowers to the family in memory of Darwin Allen Anderson, please visit our flower store.