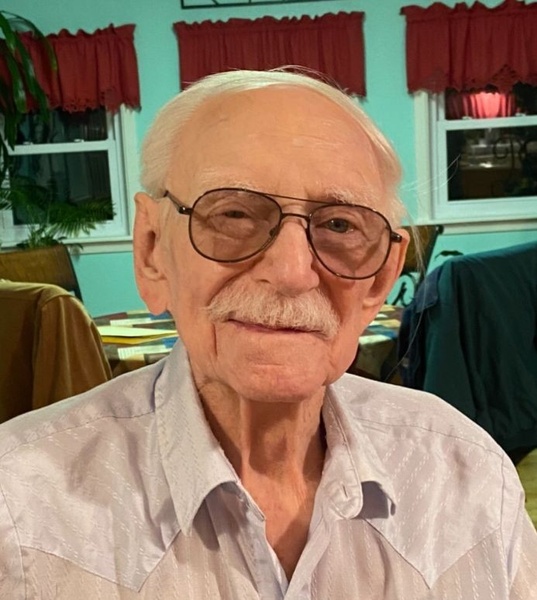 Dee was united in marriage to Margaret Louise Boatwright (Potts) on May 26, 1951, in Doubs, Maryland.   Dee served in the US Navy on the USS Leyte during the Korean War.  Following his discharge from the Navy he embarked on a career in the missile and space industry and spent most of his career working for Lockheed Missile and Space in Sunnyvale, California as a Sr. Systems Test Specialist.  He retired in 1990 and he and Margaret moved to Virginia and resided until moving to Horseshoe Bend in 2006.  He was an Elder in the Faith Presbyterian Church in Horseshoe Bend.  Dee was a member of the Loyal Order of the Masons as well as the American Legion, Post 344 In Horseshoe Bend, Arkansas.

Dee is survived by his two sons, Gerald Boatwright and wife Diane of Hollister, California and Robert Boatwright of Ayer, Massachusetts; two daughters, Dianna James of Shelby, Michigan, and Carol Anderson and husband Kenny of Franklin, Arkansas; one son-in-law, Paul James of Shelby, Michigan; six grandchildren; 6 great-grandchildren; many other relatives and a host of great friends.

He was preceded in death by his parents; his loving wife and two sisters.

Funeral services will be held on Friday, March 25, 2022, beginning at 2:00 PM at Doty Family Funeral & Memorial Service Chapel in Horseshoe Bend, Arkansas with Bro. Eric Ertle officiating.  Visitation will be prior to the service beginning at 1:00 PM. Interment will be in the Violet Hill Cemetery in Violet Hill, Arkansas.

To order memorial trees or send flowers to the family in memory of Deedie "Dee" Andrew Boatwright, Jr., please visit our flower store.