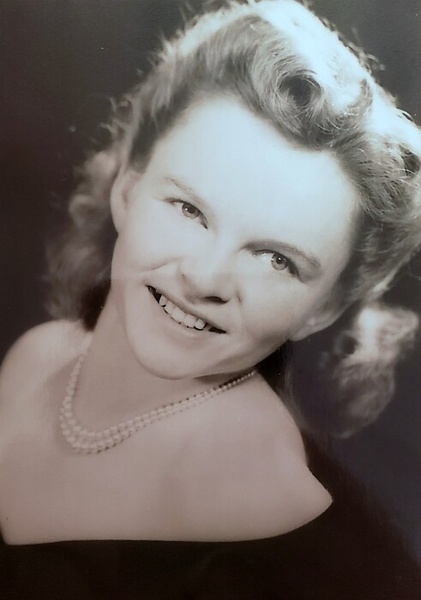 She was born in North Henderson, Illinois on February 17, 1921, daughter of the late John and Ida (Dickerson) Calder. Edith spent her life as a loving daughter, sister, wife, mother, grandmother, great grandmother, homemaker, and friend. She was united in marriage to the late William M. Southwell on May 23, 1943 in North Henderson, Illinois and from this union five children were born. Edith was blessed to live 100 years. During her working years, she worked as a schoolteacher at Ethel School #88 in Mercer Co. during 1941-42 and Shanghai School #2, Warren Co. during 1942-43 in Illinois. Later she substituted in Galesburg and Danville, Illinois and taught for several years in Vermillion Co., Illinois. She also worked for a few years at a drugstore in HSB. She was a member of Faith Presbyterian Church in Horseshoe Bend, Arkansas where she served as an Elder and was active in Faith Presbyterian Women. She loved to play cards and she and Bill were square dancers for several years. She loved having family and friends visit her and visiting them. The coffee was always on in her kitchen and her pies were delicious.

She was preceded in death by her husband; parents; sister, Kathryn Brown and brothers, John Calder and Fred Calder.

To order memorial trees or send flowers to the family in memory of Edith Southwell, please visit our flower store.