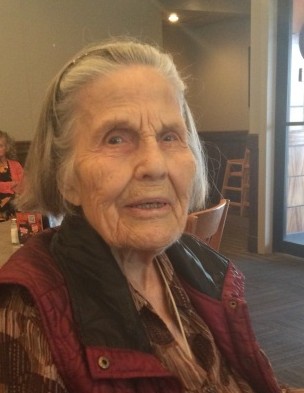 She was born in Newark, Arkansas on April 25, 1921, daughter of the late Susie Pearl (Brumley) and Thurman Allen Walker. Eunice was united in marriage to the late Henry Edwin Sims, Sr on February 14, 1941 in Tuckerman, Arkansas and from this union came two sons. She spent her life as loving daughter, sister, wife, mother, grandmother, aunt and friend. During her working years she worked as a homemaker then worked as a secretary for the University of Illinois. Eunice was a member of the Ash Flat Church of Christ in Ash Flat, Arkansas.

Funeral services will be Thursday, July 27, 2017 beginning at 11:00 AM at Doty Family Funeral & Memorial Service Chapel in Horseshoe Bend, Arkansas with Bro. Don Truitt officiating. Visitation will begin at 10:00 AM until service time.

To order memorial trees or send flowers to the family in memory of Eunice Oneal Sims, please visit our flower store.