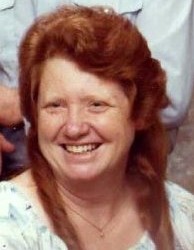 Evanell Wilson, 83 of Yellville, Arkansas, passed away, Sunday, October 20, 2019 and her home in Yellville.

She was born on April 6, 1936 in McKinney, Texas to the late William Backham and Enda Pearl (Freeman) Buster. Evanell spent her life a loving daughter, sister, wife, mother, grandmother, great grandmother, great-great grandmother, friend and homemaker. She was united in marriage to the late Willis Merrill Wilson on September 22, 1951 in Oklahoma and from this union three children were born, Eura, Bobby and Danny. Evanell loved gardening and flowers of all kinds. Her yard was one of the most beautiful yards. She will be missed by all that knew her. Evanell was a member of Flippin Church of God in Flippin, Arkansas.

She was preceded in death by her husband, Willis Merrill Wilson; daughter-in-law, Judy Wilson; parents, William and Enda Buster; two brothers, William Ray Buster and Jimmy Franklin Buster and many other family members.

Funeral service will be held Thursday, October 24, 2019 beginning at 12:00 PM at Flippin Church of God. Visitation will be prior to the service beginning at 11:00 AM. Burial will follow the service at Wilson Family Cemetery in Franklin, Arkansas beginning at 3:30 PM.

To order memorial trees or send flowers to the family in memory of Evanell Wilson, please visit our flower store.
Send a Sympathy Card