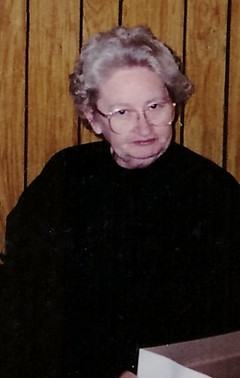 Evelyn Mary Tryon, 83, of Bradford, Arkansas, passed away, Friday, February 12th, 2016 at her home in Bradford. She was born in Morriston, Arkansas on January 13, 1933, a daughter of the late Grace (Taylor) and Erskine Goodson. Evelyn was united in marriage to the late Rex Ed Tryon in Independence County and to this union came one son, Lynn. She spent her life as a loving daughter, sister, wife, mother, aunt and friend. Evelyn was a member of Denmark Baptist Church. She is survived by her son, Lynn Tryon of Bradford, Arkansas and one brother, William Goodson of Glencoe, Arkansas. Evelyn was preceded in death by her parents, Grace and Erskine Goodson and one sister, Linda Gilbreath.

To order memorial trees or send flowers to the family in memory of Evelyn M Tryon, please visit our flower store.