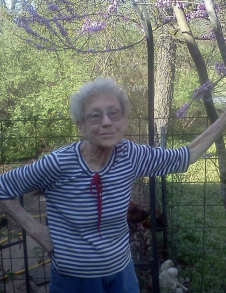 She was born in Bonita, Louisiana on February 10, 1933, daughter of the late Ethal (Ray) and Thomas Gabbert. Faye spent her life as a loving daughter, sister, wife, mother, grandmother, great - grandmother, great – great grandmother and homemaker. She was united in marriage to the late Frank Abbot Lester in Greenville, Mississippi on July 24, 1958 and from this union three sons were born. Faye was of the Church of Christ faith. She loved fishing, the outdoors and quilting until she forced to stop. Her happy time was spending time with her grandchildren and talking about the good old days with them.

To order memorial trees or send flowers to the family in memory of Faye E. Lester, please visit our flower store.