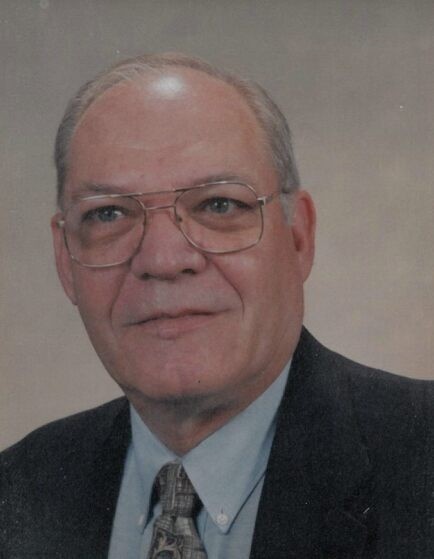 He was born in Hardy, Arkansas, on September 1, 1939, son of the late John Alfred and Cora Velma (Wells) Wise. He was united in marriage to Patricia Jean Pettus on October 21, 1960, and to this union one son was born, Brandon Montgomery Wise.

He was a member of the First Baptist Church in Horseshoe Bend where he served as a Deacon, Sunday School teacher, Trustee, and on several committees.

In 1959, Frank was ordained and licensed to ministry by Spring River Baptist Church and served as Pastor from 1959 until 1961. He continued to fill pulpits as a supply pastor around Harrison and Horseshoe Bend, Arkansas. Frank volunteered with Arkansas Baptist State Convention Disaster Relief after Hurricane Andrew. Mission work was very dear to Frank’s heart and he made numerous trips to Cajamarca, Peru, with Miracle Village International to conduct training workshops for Peruvian pastors.

Frank served our country in the United States Army during the Cold War. He trained as a medical technologist with the 21st Evacuation Hospital in Augsburg, Germany. After his time in the Army, Frank was employed as a medical technologist by Dunklin County Memorial Hospital in Kennett, Missouri, and Washington Regional Medical Center in Fayetteville, Arkansas. He also worked as Laboratory Supervisor at Boone County Hospital in Harrison, Arkansas.

Frank was a member of the Arkansas Hospital Association for 26 years and served as President. While a member he received the A. Alan Weintraub Award and met with President George W. Bush to discuss the increasing control of liability insurance companies on how health care was delivered in a hospital setting. He served on the board of the Midwest Health Congress in Kansas City, Missouri. Frank was the hospital representative on the Foundation for Medical Care for six years. He was appointed by Governor Mike Huckabee to the Arkansas Work Force Investment Board and then re-appointed by Governor Mike Beebe for a total of four years of service.

Frank worked with the Boy Scouts of America for 46 years at the district level. He was a Brotherhood member of the Order of the Arrow and was Wood Badge trained. He was honored for his service to Scouting with the Silver Beaver Award as well a multiple District Awards of Merit. Frank was also a member of the Rotary Club and a Paul Harris Fellow.

He was preceded in death by his parents, Alfred and Velma Wise; sister, Velma Alberta, who passed at birth and brother, Benjamin Alfred "Fred" Wise, and sister-in-law Glenda Wise.

The family prefers memorials to be made to Miracle Village International, PO Box 890, Melbourne, Arkansas 72556.

Memorial service will be held at a later date.

To order memorial trees or send flowers to the family in memory of Franklin "Frank" Elbert Wise, please visit our flower store.