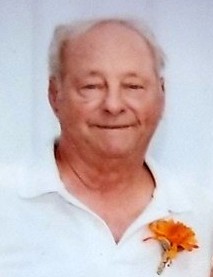 He was born in Racine, Wisconsin on January 1, 1938,  son of the late Irene (Horvath) and Gerald  Houdek. Jim spent his life as a loving son, brother, husband, father, grandfather, great grandfather and friend. He was united in marriage to Nancy Jean Tomachek on February 20, 1960 in Racine, Wisconsin and from this union three children were born. Jim served our country in the United States Army from 1955 - 1958. During his working years he worked for the Racine School District in Wisconsin as a truck driver. He was a member of the Fraternal Order of the Eagle's #3431, The Loft, Turkey Mountain Men's Golf and the Boating and Fishing Club all of Horseshoe Bend.

He was preceded in death by his parents, Gerald and Irene Houdek and brother, Donald Houdek.

To order memorial trees or send flowers to the family in memory of James Stephen Houdek, please visit our flower store.