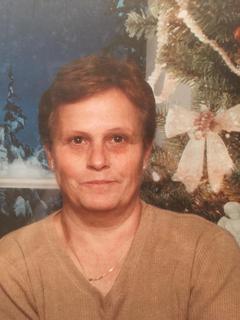 Janita Yvonne Wallis, 69, of Horseshoe Bend, Arkansas, passed away, Friday, June 17, 2016 at her residence. She was born in Madill, Oklahoma on July 16, 1946, a daughter of the late Hazel (Hays) and Edgar Eubanks. Janita was united in marriage to Roger Wallis on October 18, 1992 in Yellville, Arkansas. She spent her life a daughter, sister, wife, mother, grandmother, great grandmother and friend. During her working years she was a Certified Nursing Assistant. Janita is survived by her husband, Roger Wallis of the home; son, Alvis "Al" Prentice of Horseshoe Bend, Arkansas; two daughters, Brandie Hughes and Husband Ron Wilson of Quitman, Texas and Tonya Moreck Nicholson and husband John of Moore, Oklahoma; sister, Cleta Nail of Kingston, Oklahoma; nine grandchildren and three great grandchildren. She was preceded in death by her parents, Edgar and Hazel Eubanks and son, Greg Lutts.

To order memorial trees or send flowers to the family in memory of Janita Yvonne Wallis, please visit our flower store.
Send a Sympathy Card