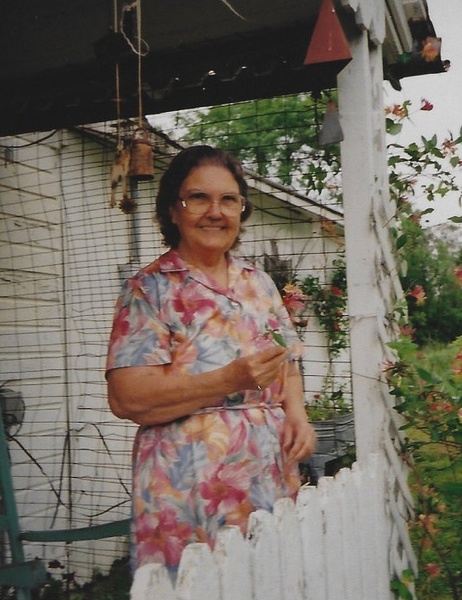 She was born in Paducah, Texas on April 1, 1930, daughter of William Edward and Pearl (Foster) Swadley.  Juanita spent her life as a loving daughter, sister, wife, mother, grandmother, friend and homemaker. She was united in marriage to James Fred Lewis Sr. on August 3, 1946 in Blytheville, Arkansas. She was a member of the Franklin Church of Christ. Juanita loved quilting, flowers and canning.

Graveside services will be held Tuesday, May 28, 2019 beginning at 11:00 AM at Burk’s Chapel Cemetery in Camp, Arkansas with Bro. Arthur Mock officiating.  Visitation will be held Monday, May 27, 2019 from 5:00 PM to 7:00 PM at Doty Family Funeral & Memorial Service Chapel in Horseshoe Bend.

To order memorial trees or send flowers to the family in memory of Juanita Ruth Lewis, please visit our flower store.