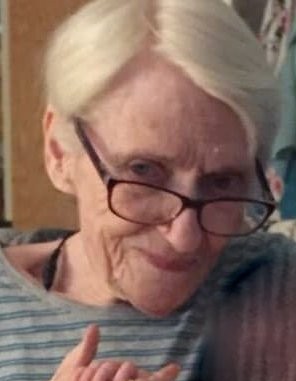 She was born in Baltimore, Maryland on September 28, 1930, a daughter of the late Ethel Irene (Price) Lewis  and James Summerfield Lewis. Lorraine spent her life as a loving daughter, sister, wife, mother, grandmother, great grandmother and friend. She was united in marriage to the late Luther Lynn Perry Jr on May 2, 1948 in Baltimore, Maryland and to this union five children were born, four boys and one girl, Luther Lynn III, James Summerfield, Daniel Jerome, Cherrie Marie and Dennis Franklin. During her working years, Lorraine worked as a CNA and on her days off she would bake and decorate cakes. Lorraine loved gardening flowers, growing vegetables, traveling, horses and enjoyed painting and art.

In lieu of flowers, memorials may be sent to Friends of Horseshoe Bend Animals, PO Box 31, Franklin, Arkansas 72536.

To order memorial trees or send flowers to the family in memory of Lorraine Irene Perry, please visit our flower store.