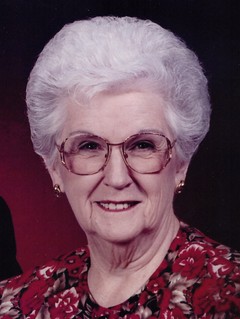 Lula H. Sigwalt, 88, of Horseshoe Bend, Arkansas passed away Thursday, June 2, 2016 at Methodist Medical Center in Oak Ridge, Tennessee. She was born in Carter 9, Oklahoma on December 17, 1927, a daughter of the late Millie Mae (Brown) and Hosea Campbell. Lula grew up in oil field camps in Oklahoma and Illinois where her father worked. She graduated from high school in Beecher City, Illinois and was Salutatorian of her class. Lula worked for the Greyhound Post House organization first as a waitress in Illinois and then as an advisor/troubleshooter for Post Houses in Texas. She worked at Allied Van Lines in San Antonio, Texas where she met her first husband, D.L. (Mike) Hardin. Most of her working career was spent in Uvalde, Texas as the office manager of Horner's General Store and Ford Dealership. Several years after the death of her husband, Lula moved to Horseshoe Bend to help care for her mother. While she was working in the post office in Horseshoe Bend, Lula met Fred Sigwalt. Their first date was on September 9 and they were married on September 30, 1997. Lula and Fred enjoyed playing golf and traveling together and playing cards with friends. They were members of Agnos Church of Christ. Fred died on May 10, 2016. On May 28, 2016, Lula moved to Oak Ridge, Tennessee where her brother Ron and his wife reside. Lula was a resident of Brookdale Senior Living for four days before suffering a stroke. She is survived by her brothers, Elva Campbell of Chester, California and Ron Campbell and wife Claudia of Oak Ridge, Tennessee; nephews, Dan Halliday and wife Patti, Jeff Halliday and wife Gloria and Bob Halliday, Stuart Campbell, Scott Campbell and wife Lori, Steve Campbell and wife Carol, Dave Campbell and wife Pat, Jason Campbell and wife Amy and Craig Campbell and wife Deb; their families; church family and local friends. Lula was preceded in death by her parents; sister, Elsie Campbell Halliday and brother, Hosea Lee Campbell.

To order memorial trees or send flowers to the family in memory of Lula H. Sigwalt, please visit our flower store.