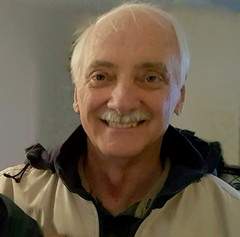 Paul Randall Vogt, 71, of Horseshoe Bend, Arkansas, passed away Saturday, January 23, 2016 at Fulton County Hospital in Salem, Arkansas. He was born in East Saint Louis, Illinois on December 5, 1944, son of the late Lois (Paul) and Arthur Vogt. Paul was united in marriage to Joan Marilee Turnham in Collinsville, Illinois on September 12, 1964 and to this union came two children. He spent his life as a son, brother, husband, father, grandfather and friend. During his working years he was a high school teacher for 18 years then a Professor of Science at Ellsworth Community College for 20 years. He was a member and Elder at Faith Presbyterian Church in Horseshoe Bend, he was also a member of the Cherokee Village Trap Club, Little Theater, Bridge Group and enjoyed fishing and shooting skeet. Paul is survived by his wife, Joan; one son, Travis (Cari) Vogt of Bolingbrook, Illinois; one daughter, Samantha (Andy) Martin of Charlotte, North Carolina; one brother, Dale (Jackie) Vogt of Columbia, Missouri and three grandchildren, Caiden and Kellan Vogt and Emery Martin. He was preceded in death by his parents, Arthur and Lois Vogt and two sisters, Lois Shafer and Mary Jane Pratt.

To order memorial trees or send flowers to the family in memory of Paul Vogt, please visit our flower store.