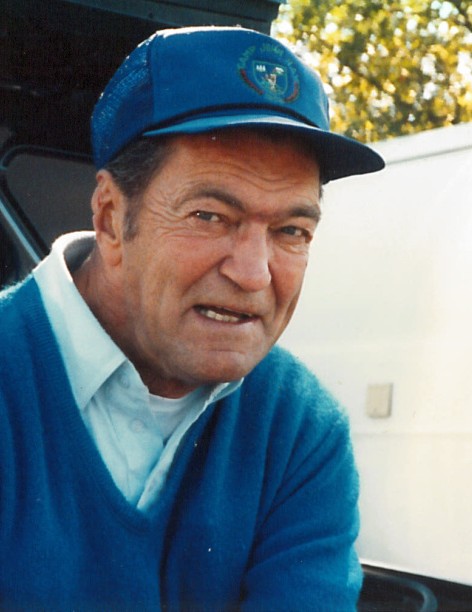 Ray was born in Waukegan, Illinois on September 23, 1927, son of the late Raymond C and Marguerite (Buege) Wolfgram. Ray spent his life as a loving son, brother, husband, father, grandfather and friend. He was first united in marriage to Jeanne Marie Mergenthaler and later divorced; they had two children and is survived by: Susan Wolfgram of Eau Claire, WI and Scott Wolfgram of Madison, WI. Ray is survived by his wife Grace E. Abbott who he fondly called his ‘bride’ since September 7, 1963. Ray was a father to her children and is survived by: Babe Bornhofer of Fond du Lac, WI, Jack Abbot of Milwaukee, WI, and Susie Bialk of Horseshoe Bend, Arkansas. Ray is also survived by brothers, Donald Wolfgram and wife Sharon and Robert Wolfgram and wife Joyce, all of Pewaukee, Wisconsin; 11 grandchildren; 12 great grandchildren and 4 great-great grandchildren, and many nieces and nephews. He was preceded in death by his parents, Raymond and Marguerite Wolfgram.

Ray served our country in the U.S. Navy as a Radarman Seaman in WW II. Dad completed his working years as a phone program analyst at Wisconsin Telephone Company; where he started at the bottom & worked his way up through the company. He had a several notable achievements while with the Phone Co. One was being part of the Defense Project with AT&T installing the ‘DEW’ lines —Distant Early Warning system—for the ‘cold war’ era in Alaska. Another huge milestone was his part in the Milwaukee ‘Metro’ Plan, which linked in all the little outlying areas around Milwaukee into one system so customers no longer had to make a ‘long distance’ from these areas into the Milwaukee. After taking an early retirement, he was called back to ‘Ma Bell’ as a consultant to help coordinate land lines with cell phones.

In the early 70’s, Ray and Grace bought a small farm in Plymouth, Wisconsin, raising goats, chickens, and beef cattle. The farm served as a family haven for many years; Ray always had an “open door policy”; no one was turned away. In the mid 1980’s Grace joined the Peace Corps to mentor farmers in the Philippines with her knowledge of small animal husbandry. Ray eventually joined her as a private citizen teaching English and Math to 6th graders and was affectionately known in the village as “Papa Ray”. Ray and Grace privately funded the drilling of two wells that were desperately needed in the village to provide safe, clean drinking water. They also became extended family to a local couple with two young children that they supported through college.

When Ray retired to Horseshoe Bend, he remained active. He was a member of Shepherd of the Hills Lutheran Church and served in a variety of positions while there, as a trustee, usher, greeter, and started the endowment fund which continues to this day. Ray loved golfing and was a member of the Turkey Mountain Men's Golf League. He is a former MRID Commissioner and Honorary Policeman. Ray's most cherished accomplishment was paving every road in Horseshoe Bend that had a house on it. Ray was a “mega” Packer fan and also a “mega” Brewers fan until 1994 when the players went on strike and the World Series was cancelled; he never forgave baseball.

Some of the lessons that Ray taught his children and grandchildren that will be carried forward:

• “Work hard; there are 24 hours in a day; sleep 5 and get back to work!”
• “Learn cribbage and how to count in your head; you will never need a calculator”
• He taught by example; we watched him help others without drawing attention to himself as well as having a high bar of expectation for yourself.

Memorial service will be held, Wednesday, November 14, beginning at 4:00 p.m. at Shepherd of the Hills, in Horseshoe Bend with Pastor David Tews officiating.

To order memorial trees or send flowers to the family in memory of Raymond "Ray" Charles Wolfgram, please visit our flower store.