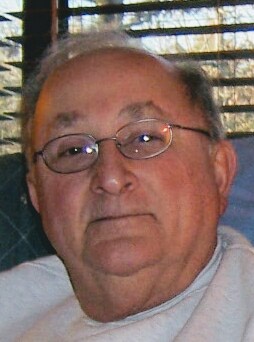 He was born in Gary, Indiana on November 3, 1939.  He was preceded in death by his mother Mary Tausch Arndt and his brother Frank Arndt. He was of the Catholic faith.

Richard served in the United States Marine Corps in the late 1950’s. He was married to Patricia Ann Greenfield on June 26, 1965, passing only two days before their 53rd wedding anniversary. He primarily worked as a Financial Adviser and Salesman, owning his own office in the 1980’s. He received an award for top Salesman in his region. He was an expert marksman and competed in skeet shooting events, his best being a 99/100 mark. He enjoyed shooting at gun ranges and also participating in the annual deer hunting season in Michigan. He had an elaborate woodworking shop in a small barn on his property. He had success selling his favorite creations, walking sticks and canes. He belonged to the North Arkansas  Woodcarvers Club in Mountain Home,  and enjoyed that comraderie. He was an avid golfer, playing at Turkey Mountain in Horseshoe Bend often.

Richard was a loving and protective father, husband, brother, son, grandfather and friend.

Memorials may be made to the Cystinosis Research Network, 302 Whytegate Court, Lake Forest, IL 60045.  Information about this rare disease which effects Richard’s grandson Jack Greeley may be found at www.cystinosis.org.

Services will be held at a later date in the Ft. Custer National Cemetary in Augusta, Michigan.

To order memorial trees or send flowers to the family in memory of Richard Paul Arndt, please visit our flower store.