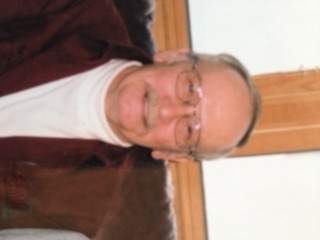 Dick died unexpectedly the morning of December 22, 2014 as he prepared to drive to Illinois for Christmas. He was born in Rochester, New York to his parents, Howard and Ada (Dennison) Winne of Canadaigua, New York. Dick graduated from Alfred State College in New York and was employed by OCE Bruning. He was transferred to Illinois where he raised his family and after retirement moved to Horseshoe Bend, Arkansas in 2001. Dick was a member of the Horseshoe Bend United Methodist Church, an active member of the Horseshoe Bend Kiwanis Club, a member and past president of the National Reamers Collectors Association and a member of the Arkansas Glass Hoppers. Dick is survived by his fiance, Gloria Smith of Little Rock, Arkansas; his sister, Shirley Cooper of Rochester, New York; his three daughters, Deborah (Winne) and Joseph Baird of Dekalb, Illinois, Patricia (Winne) Beck of Leland, Illinois and Rachel Winne of Dekalb, Illinois; six grandchildren and three great grandchildren  In lieu of flowers please send donations to Horseshoe Bend Kiwanis Club "Dick Winne Memorial" 304 Alexander Horseshoe Bend, Arkansas 72512. A memorial service will be held on Sunday, December 28, 2014 at 2:00 PM at the Horseshoe Bend United Methodist Church. Arrangements entrusted to Doty Family Funeral and Memorial Service.

To order memorial trees or send flowers to the family in memory of Richard (Dick) David Winne, please visit our flower store.