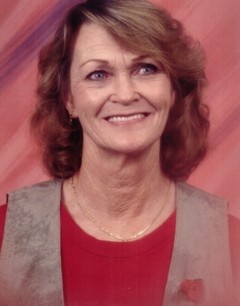 Shirley Delois Hardin, 75, of Evening Shade, Arkansas, passed away, Thursday, June 16, 2016 at White River Medical Center in Batesville, Arkansas. She was born in Lake City, Arkansas on April 8, 1941, a daughter of the late Wilma Lee (Brooks) and Cecil Passmore. Shirley spent her life as a daughter, sister, mother, grandmother and friend and was a truck driver during her working years. She is survived by her husband, Rick Hardin of Marked Tree; four daughters, Kimberley Boyd of Gilmer, Texas, Stacey Morale of Leonard, Texas, Julie Albright of Frisco, Texas and Jennifer Pollard of Evening Shade; several grandchildren and great grandchildren and one sister, Sue Melton. Shirley was preceded in death by her parents, Cecil and Wilma Passmore; three daughters, Carrie and Amy Parks and Tamara Peri and one sister, Shelby Boman.

To order memorial trees or send flowers to the family in memory of Shirley Delois Hardin, please visit our flower store.