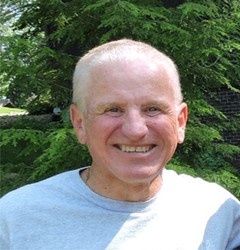 Thomas (Tom) Willard Benson, 69, of Horseshoe Bend, Arkansas, passed away, Monday, January 25, 2016 at Fulton County Hospital in Salem, Arkansas. He was born in Milwaukee, Wisconsin on April 3, 1946, a son of the late Helen Koehler (Hillenbrand) and Willard Benson. Tom was united in marriage to Hope Emma Stefano in 1993 in Pittsburgh, Pennsylvania. He spent his life as a loving son, brother, husband and friend. Tom served our country in the United States Army and worked in the book and music business. He was a member of the Men's Golf League in Horseshoe Bend. Tom is survived by his wife, Hope and one brother James Koehler and wife Tracey of Indianapolis, Indiana. He was preceded in death by his parents, Willard and Helen Benson.

To order memorial trees or send flowers to the family in memory of Thomas Benson, please visit our flower store.