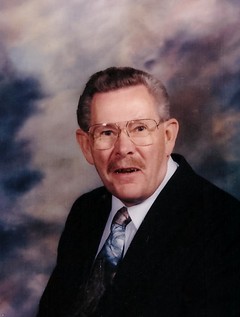 Thomas Fredrick "Ralph" Eron, 79, of Horseshoe Bend, Arkansas passed away Sunday, February 14th, 2016 at John L. McClellan Memorial Veterans Hospital in Little Rock, Arkansas. Tom was born in Wisconsin Rapids, Wisconsin on March 4, 1936, a son of the late Vinnie (Peterson) and Phillip A Eron. He spent his life as a loving son, brother, husband, father, grandfather, friend, soldier in the United States Army where he served in the Berlin Crisis in 1961 and was a member of the First Assembly of God Church in White Lake, Wisconsin. Tom was united in marriage to his wife Caryn in Wisconsin Rapids, Wisconsin on February 12, 1994. As a young man Tom learned the plumbing trade while working with his father, Phillip Eron at Eron and Gee Plumbing beginning at 1948. He continued his work as a journeyman plumber with his brother Fran at Eron and Gee Plumbing and Heater in Wisconsin Rapids, Wisconsin from 1963 - 1978. Tom held a journeyman plumber's license for the state of Wisconsin until it expired in 1995. His final 13 years of working were for the City of Wisconsin Rapids as a Plumbing and Building Inspector. Upon retirement in 1995 Tom and his wife, Caryn moved to Arkansas. Tom is survived by his wife Caryn of the home; brother, Fran Eron and wife Shirley of Wisconsin Rapids, Wisconsin; four daughters, Denise Chojnacki and husband Jon of Rhinelander, Wisconsin, Marcia Eron of Appleton, Wisconsin, Shelly Eron of Wausau, Wisconsin and Carrie Marx and husband Ken of Waukesha, Wisconsin; two step daughters, Sheila Renna and husband Edmond of Jacksonville, Florida and Cynthia Anderson and husband Keith of Moscow, Indiana and seven grandchildren. He was preceded in death by his parents, Phillip and Vinnie Eron; brother, James Eron; sister, Margaret Brown and son, David Eron. Tom was a devoted husband, father and friend who loved the Lord. He is in the presence of the Lord and will be dearly missed.

To order memorial trees or send flowers to the family in memory of Thomas F Eron, please visit our flower store.