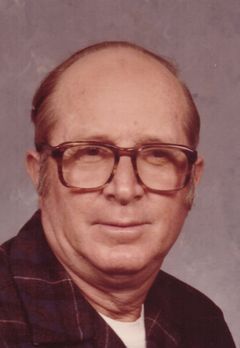 Willie Ray (Bill) Poteete, 89, of Horseshoe Bend, Arkansas, passed away, Wednesday, July 1st, 2015 at White River Medical Center in Batesville, Arkansas. He was born in Morrilton, Arkansas on November 28, 1925, a son of the late Ruth (Boston) and Edgar Poteete. Willie was united in marriage to the late Ruby Josephine Curwick on February 23, 1951 in Rossville, Kansas. He spent his life as a son, brother, husband, father, grandfather and great grandfather. Willie served our country in the U.S. Army. He attended church at Roadside Chapel in Glencoe, Arkansas and was a member of the VFW Post 4988. Willie survived by one son, Robert Poteete of Horseshoe Bend, Arkansas; one grandson, Patrick Poteete and wife Tawanya of Ash Flat, Arkansas and two great grandchildren. He is preceded in death by his parents, Ruth and Edgar Poteete; wife, Ruby Poteete; five brothers and one sister.

To order memorial trees or send flowers to the family in memory of Willie (Bill) Ray Poteete, please visit our flower store.
Send a Sympathy Card